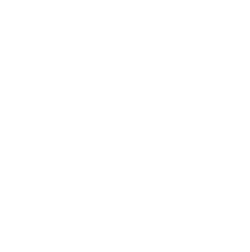 Technology has exploded in the last few decades. Technologies all over the world use electromagnetic fields to keep us all connected.

But there is a dark side to this global connection. Magnetic fields develop from the electric current used in all this technology. And the higher the current, the stronger the magnetic field becomes. Higher currents and stronger magnetic fields lead to more prevalent electromagnetic radiation in our daily lives.

In previous posts, we’ve written extensively about the dangers of radiation from household and mobile devices. But one of the biggest man-made sources of electromagnetic radiation is telecommunications. And with the advent of 5G communications, it’s about to become even bigger.

What are the effects of 5G on health? To understand why it’s a concern, let’s first define what 5G is.

Virtually everyone in the modern world has a cell phone now. While it’s great to have all of the information in the world available at our fingertips, many companies are conveniently neglecting to mention the cost to our health. We recently wrote about the impact of cell phones on your health. But that’s just the tip of the iceberg.

Many cell phone companies today are experimenting with “high-band” frequencies that use millimeter waves (MMWs) to improve connectivity. While this is great when it comes to keeping us all connected, research indicates that MMWs are absorbed by the skin up to a few millimeters deep—about as far as a tattoo needle. This newest level of communication technology has become popularly known as “5G”, because it is the 5th generation of cellular network technology.

Is 5G dangerous? It depends on who you ask. Many people are unconcerned. But others, including the World Health Organization (WHO), insist that 5G is far from benign.

Is 5G Dangerous to Your Health?

Because of the dangers that electromagnetic radiation poses to the public, the FCC has guidelines in place for the public limiting exposure to higher frequencies and MMWs. While the FCC’s guidelines limit the general public’s exposure to lower intensities, it will on a continuous basis and there just haven’t been enough studies researching 5G effects on health done to fully cover the effects of prolonged exposure to MMWs. Combine even low-intensity MMWs and other sources of electromagnetic radiation and it is very difficult to determine the long term effects of 5G technology. Though, what has been consistent with studies dating back to the 1990s is that the long term effects of MMWs on the human body aren’t typically positive.

American Military scientists in the late 1990’s published a review discussing the results of MMWs on different specimens. Though some reported no change, overall there was an increased sensitivity after prolonged exposure. These scientists believed that with the growing use of 5G technology their research pertaining to 5G effects on health would become more relevant. The studies conducted by the U.S. Army and Air Force found alterations to cell growth that could affect how resistant pathogens are to antibiotics—a serious problem when many antibiotics are becoming less and less effective already.

The studies conducted by those scientists seem to be supported by a study published in 2016 titled “Millimeter waves or extremely high frequency electromagnetic fields in the environment: what are their effects on bacteria?” The study, which was performed within guidelines set forth by the Ministry of Education and Science of Armenia, was also conducted with advice and guidance from staff at Yerevan State University. This study observed how bacteria based near the source of MMW frequencies became more resistant and thus, more dangerous.

In addition to concerns about bacteria, MMWs may play a role in the health of a pregnancy. Many countries are discouraging parents from allowing their children to have too much exposure to mobile phones and devices due to evidence that electromagnetic radiation has been linked to an increase in cancer and even neurological disorders like ADHD. There is also an alarming amount of evidence suggesting that pregnant mothers and their unborn children may be in danger due to mobile usage.

And, Scientific American reports that long term exposure to MMWs has been linked to the skin, eyes, and testes.

Staying Healthy in a 5G world

The idea of combating radiation that’s likely to be present in every room of the home may seem daunting, but there are ways to help combat exposure and limit your health risks. EMF shields, for example, are a great way to help eliminate most of the radiation put off by these devices.

But, it pays to be a cautious consumer. When we first became aware of the dangers of EMFs, we spent a lot of time researching protection options. What we found was that there are not a lot of products out there that actually work.

In fact, we found only one line of products that we can stand by personally and professionally. These are the Floww devices. They utilize a unique technology that acts like a transformer to step damaging EMF signals (including 5G) down to frequencies that are natural for the human body to deal with.

Users of Floww products typically report a greater sense of well-being, increased energy, and improved sleep. We use these ourselves and recommend them to our patients and anyone interested in combating the effects of 5G on health.

Knowledge is the Best Protection

Whether consumers like it or not, 5G technology is quickly becoming a reality: and with it, our exposure to the new technology.

There are a lot of ways that you can protect yourself and your loved ones from MMWs and the harmful effects of 5G. Our ebook, ‘EMFs and Your Health’ is a free report providing not only educational material, but even more ways to help limit exposure. Download it today to learn more about the relationship between modern technology and your health!